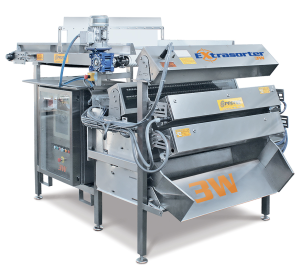 Portec's line of olive sorters are the most popular on the market because of its extraordinary versatility. It sorts the fruits by color and separates them by various degrees of ripeness, additionally it eliminates foreign bodies, even those having the same color as the product.

This simplifies the processing, as table olives are automatically sorted from those destined for oil production.

When needed, the sorter can separate green from black olives, as well as from a third color. Protec’s olive sorters operate on fresh olives as well as  olive in brine.